Carmela is a wacky dancer, extremely lovable acrobat and virtuoso with hula hoops. She balances on cans, shows the "Can Can Cans" and splits apples with a single swing of the hip...More about Carmela

Anna's world is orderly, her life run-of-the-mill, her work satisfactory and her interests very diverse; from physics to body fitness with hula hoop´s. Recently also punk rock. In her presentation she therefore deals with the technology developed by the punks for cooling canned beer, the different styles of punk rock as a holistic workout and the fitness discipline that she developed herself...More about Anna Wand

Take a pile of hula hoops, a flying hat, a tray, as well as a lot of dance, circus, audacity and elegance. This show turns the street into a glamorous saloon. This is where the sophisticated La Tanik sets the tone without mincing her words... More about Salon Desastre

This way to the gallery

I lived in the Netherlands and Spain, where I was part of the Circus Space Collective in Nijmegen and later Estreyarte in Granada. I have worked with a lot of docents wich have influenced my work: physical theater with Loco Brusca, Joe Dieffenbacher and the Ostrenko Brothers, Burlesque with Karmella Siller; Street theater with Chacovachi, Peter Weyel and Dosperillas; Comedy with Renate Coch; Acrobatics with Miguel Moreno, Andy Hughes Pereyra, Enric Petit and Wolfgang Behn. I currently live in Germany and when I´m on tour then mostly I travel with my loved and underpowered mobile home. 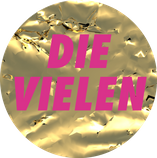